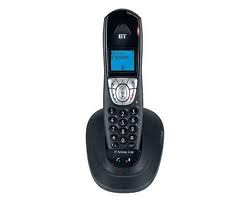 What do prank calls, frozen underwear, and latex condoms have in common?

Here is a hint: they are all a part of the game meant for your next girls night in party.

For those wondering what that girls night game is, it’s actually something you have been playing since you were a child trying to see just how bold your pals were.

The game is “Truth Or Dare,” a competition that is no longer just reserved for younger children.

Although it is technically called “Truth Or Dare,” for this girls night in party the point is to only play the dare part of the competition.

And because it is such a common girls night dare idea to make a girl go streak naked through the neighborhood, you can rest assured it won’t be mentioned here!

Prank calling people is an activity usually reserved for junior high girls and boys who are bored with their evening.

But who says that this type of stunt can’t be entertaining for a girls night in dare?

Here is how it works should you choose to take it on.

Using the phone to call random people and ask if “I.P. Freely” is there might be funny, but that type of joke is nothing like the call that one of your friends is about to make.

You can come up with a script for this one or let the person doing the calling improvise the whole thing – but whichever way is chosen, keeping a straight face the entire time and not breaking out into laughter is the key to its success.

Think about it: how would you react if you were on the receiving end of this phone call? And that is part of what makes this girls night dare so funny – as you never know who you are getting on the other end of the line and whether or not they will get offended or play along.

Girls Night In Dare #2: Frozen For A Few Minutes

A cold brisk night is the ideal setting for this next girls night in dare.

We all know what happens to a man when his nether regions are exposed to cooler than normal temperatures – such as when swimming in the pool or getting out of the shower.

But have you ever wondered what a woman would experience if she had something icy cold against her down there for an extended period of time? 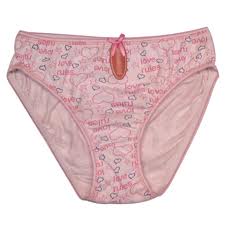 Now is your chance to find out, all in the name of some harmless fun with your friends!

This particular dare works out the best when you are the hostess of the girls night party.

All you have to do is go out and buy a new pair of panties, style of your choice.

Then, dunk those panties in water once you get home.

When the panties are soaked through, put them straight into the freezer and let them sit there getting frozen until your friends arrive and the game of dare begins.

And now when it’s your turn to dare to one of your friends, you have a frozen lingerie weapon in the kitchen that only you know about!

Dare your chosen pal to get completely naked and put on the pair of panties – which will not only be frozen by now but also covered in ice from the earlier water soaking.

Sounds easy enough, but your friend must then run outside and stay there for a few minutes before she is allowed back inside and able to issue a dare of her own.

As for why the cold brisk night is the perfect environment for this dare?

I am going to let you find out for yourself just what happens to the girl who is challenged to wear the frozen panties and then run outside into the cold air! 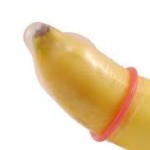 Bananas and condoms go hand-in-hand as far as adults are concerned when teaching their teenagers how to use birth control.

During the so-called “banana lesson,” the students are instructed to use their hands to roll on the condom.

This type of tutorial is fine for people in the beginning stages of puberty.

But for your adult girlfriends who are already privy to the birds and the bees, a condom and a banana can be used to create girls night fun in the form of the lips and latex dare.

What does the person who takes on this dare have to do to complete the mission with flying colors?

If you guessed that she has to put a condom on a banana, you are correct.

Yet that is only part of it, as there is a caveat – which is that the chosen person has to do the deed using only her mouth and no other body parts , i.e. no hands.

In essence she will be performing oral sex on a banana…

Girls Night In Dare #4: Getting To Know You

How well does the hostess of your girls night party know her neighbors?

It’s one thing if you she’s familiar with everyone on the block and wouldn’t hesitate to say hello to them at any given time of day.

But it is quite another if she doesn’t know who lives within the space close to hers – which is what makes up the basis for the “getting to know you” dare challenge.

The way this dare works is that your hostess has to go to the neighbor’s house (or onto another floor if she lives in an apartment or condo), and ring the doorbell.

She must then start a conversation with the person who answers the door, making it last for a minimum of five minutes before she is allowed to call it quits and declare herself victorious.

A challenge such as this doesn’t only have to be reserved for the hostess of your girls night in.

In other words, the dare won’t work very well if the hostess already knows her neighbors and talks to them fairly often – in which case another girl of the group must be given the assignment.

But if she has not met them, then she should be the one who is chosen to carry out the “getting to know you” dare – as this can certainly make for an unusual way to generate a first impression!

One key thing to keep in mind when this girls night in dare comes up: don’t go to the neighbor’s house when it is after 10:00 at night – as this may be cause for a phone call to the police from those people who are not expecting strange company at such an hour!

Girls Night In Dare #5: Do You Need A Spanking?

As Santa Claus famously likes to ask during holiday time: “have you been naughty or nice?”

Chances are, you have been naughty at least once during the past year. And chances are, not many people (if anyone at all) know about your unruly behavior.

Thus comes the building blocks of the next fun dare to use during a girls night in party. 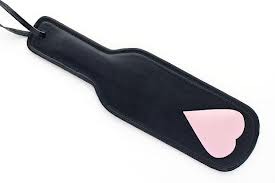 It would be too easy to just ask the challenged girl to cop to it and tell your group about what she did that is considered wicked. And, this is also a little on the boring side.

All you have to do is to combine an unsuspecting male (chosen by the group) with the power of text messaging, and an interesting girls night dare you will create!

The way it works as follows: the dared female must initiate a text message to the group’s chosen guy, describing precisely what she has done that is mischievous and how she needs to be punished as a result – preferably in the form of a spanking from him.

Imagine the kind of response the girl may get when the guy receives a random text message such as this one!

For those who want to turn this around a bit, the dared girl can always tell the guy on the other end of the cell phone line that she saw him out doing something bad of his own – and that this is why he must endure a spanking from her at some point in time.

Of course if none of the above five girls might in dares sound appealing, you can always goad a person into running outside to sing the song “I’m A Little Teapot” at the top of her lungs, complete with the tipping over and steaming actions included…

What is the best dare you ever carried out during a girls night in party or elsewhere?

Can’t Find What You Are Looking For?