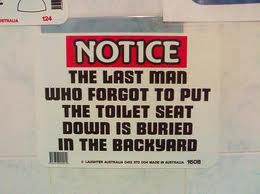 Have you ever found yourself sitting halfway submerged in the toilet bowl because the man you are dating once again forgot to put the seat down?

I know I have, and it wasn’t a pretty sight!

But as irritating as we females may find this particular habit in our dating partners, women are annoying in our own right – as we do plenty of things ourselves that up a man’s aggravation meter probably more than we realize.

And I am definitely guilty of all of them – as you will soon see!

Are you ready to discover some of the unruly dating mannerisms of  the female species?

I thus present to you our first four biggest irritations in Part One of the “Female Dating Behavior” series.

Dating Behavior 1: The Talking Too Much Syndrome

Fact: women speak an average of 20,000 words daily, while men only say 7,000 words of their own in the same twenty-four hours. 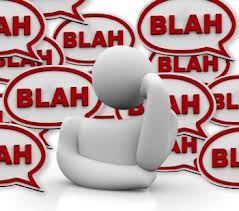 Don’t be a bad dating partner by talking too much in front of your man!

Okay, so it is no secret that the bad habits of women includes the love of talking.

And we talk about everything, from our favorite kind of shampoo to what decorative fabric we want to buy this weekend for a new craft project.

But, it is not so much what we talk about that grates on a man’s nerves.

Rather, in his eyes this annoying female habit is equivalent to incessant babble – which is not something anyone wants to pay attention to, much less the guy we are dating.

So unless you want your man to slide into a half-listening state of mind, keep it short, sweet, and to the point.

Better yet, make a phone call to one of your girlfriends to share the news about the different colors of paisley fabric you just found to cover your old bed pillows. 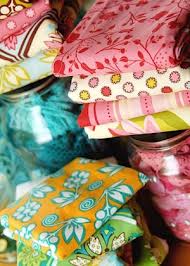 He got subjected to my talking habit, and was actually so nice about it!

Here is what happened.

I have a huge collection of fabric and enjoy making quilted items for various people.

So I brought a big pile of fabric to Alex to ask if he would help me choose a cute pattern for my niece.

I must give him credit here, as he sat through me showing him thirty-five different samples before he said with a smile, “If I didn’t love you so much…”

“What, you wouldn’t be helping me do this?” I playfully asked.

I just got a confirmation smile in return…

No matter how much we may try to escape doing it, we women like to talk about everyone else without shame.

Of course men do it too – including Alex! 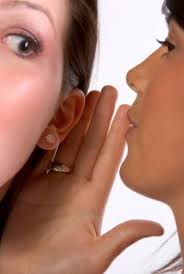 But let’s face it, girls are the queens of gossip – especially about our own friends, the people to whom we are supposed to be the closest.

And this translates into the next annoying habit of women that makes our dating partners wish they could flee in the opposite direction.

The way he sees it, if you’re going to talk negatively about your own close friends when you’re with him, then who is to say you won’t do the same thing about him when you’re hanging with the girls?

So rather than subjecting him to the grist of the female rumor mill, just ask if he wants to hear the story you’re about to share – and if he says “no,” then respect his wish!

And a smoother dating life shall be yours…

Alexander’s Response To This Dating Faux Pas Of Mine

In a recent conversation I was having with Alexander, I mentioned that a girl I knew named Stephanie had just gone on a cruise vacation with her husband.

One evening while aboard the ship she had taken out her Nuva Ring for a romantic night of sex. 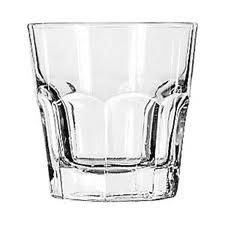 She put the ring in the drinking glass beside the bed and forgot about it until after breakfast the next morning.

Unfortunately she discovered too late that day that the housekeeping staff had taken away what they thought was a used glass, so her birth control was no more during the remainder of the vacation.

The conclusion to the story was that Stephanie alerted the kitchen personnel, and they searched everywhere until they found her now melted and defunct Nuva Ring in the bottom of a dishwasher.

I thought I was just innocently discussing something unusual as I told the story to Alex.

But Alex didn’t see it that way.

“Did you really have to tell me the melted part?” he asked me. “Because if I ever meet Stephanie, a picture of her Nuva Ring will be in my head and hard to escape.”

I apologized for giving him TMI, or “too much information” – all the while learning my lesson that these types of details are better saved for a discussion with my girlfriends. 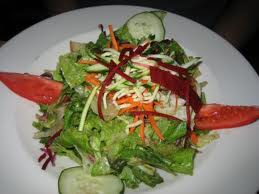 The man you are dating will run away fast if he sees you eat just this small salad for dinner!

We already know that it annoys the man who’s dating us to no end when we order a small salad at dinner and then barely pick at it for the rest of the meal.

We do this because we fear gaining weight, while simultaneously wondering if it will disgust a man to watch us have as big of a dinner as what he is eating.

The truth is, it gives a man great pleasure to watch us polish off a substantial serving of food.

And did you know that the males species actually finds it particularly sexy when they witness us happily eating an after-dinner, calorie-filled goody?

But, there is a twist to this dating scenario that will make a man cringe.

So, who besides me has ever proclaimed to be full and not want dessert, but then when our man orders something sweet we ask for more than just a sample-sized bite?

It’s one thing if he wants to share his dessert with you.

But it’s quite another when he takes you at your word that you don’t want anything else, and then you ask for more than a forkful from his plate.

As he theorizes, why didn’t you just order your own dessert if you wanted more than a bite of his?

Alexander’s Feelings On This Dating Habit

It was a Tuesday night, and we had just finished a big dinner of steak and baked potatoes. 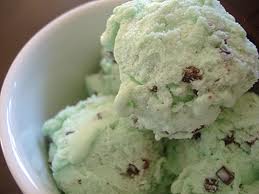 We had mint chip ice cream in the freezer, but I told Alex I was way too stuffed to even think about eating anything else.

So, he prepared a bowl of the ice cream for himself and sat down on the couch next to me.

As he was eating it I began to eye the bowl, longing for just a little spoonful. I’m lucky he has a sense of humor, as he started to laugh at me while offering up a bite.

That first taste was so good that I asked for another.

“I thought you were full?” he said as gave me seconds.

“I am,” I replied as I asked him for a third bite.

He just shook his head and vowed that no matter what I said next time, he was preparing two bowls of dessert.

Leaving your hair in the shower is a big dating turn-off!

As much as we hate it when they leave the toilet seat up for us to fall into (like I did), men hate it just as much when we women leave wads of our long hair behind in the shower.

Not only is it discourteous to them (especially when they are stuck with the bill to fix a clogged drain), but it also shows sloppy mannerisms on our parts – which is precisely how we would describe their habit of toilet seat neglect.

So next time you shower at his place (or in the bathroom you both share), take a minute to grab a piece of toilet paper and clean up the hair you have shed. Trust me, he will appreciate it to no end!

I once again accidentally committed a dating sin with this one.

Usually I am pretty good at remembering, but I must have been really tired this time.

Anyway, after the last shower I took at Alexander’s place I apparently didn’t clean up my strands of hair that had piled up on the tile wall.

He wasn’t home from work yet, so after my shower I curled up to take a nap.

When Alex got home he took a shower himself, and I awoke to the sound of the water running.

He came into the bedroom and said hello after drying off.

“So, I see the present you left for me,” he teased.

“What present?” I asked sleepily.

“Oh, just this,” he said as he showed me a piece of toilet paper with my hair pile enclosed in it.

Again I am so lucky he has a sense of humor, as he laughed at the look of mortification on my face.

“It’s okay sweetie, but if I leave the toilet seat up one time you can’t say anything!” he said as he continued to laugh.

We have come to the end of Part One, but I still have much more to share with you on this dating topic.

So, look out for Part Two!

But meanwhile, I’m curious: which of the first four bad dating behaviors are you guilty of?

Can’t Find What You Are Looking For?